I’ve dated quite a few of you. I use the term dated loosely; as in: you woke me up with good morning texts long enough to make me feel like there couldn’t possibly be more of us. (spoiler alert: there were) Maybe you asked me out a handful of times to places you wanted to experience with someone like me. We might have kissed. Some of you can say you know what I look like unclothed, some of you won’t ever get the opportunity. Whatever we were, I know I learned as much about you in whatever time frame the universe granted us. Because whatever connection I seek, I never cease to go deep.

I spent a month here, and year there, exploring a myriad of different men. And some would say I looked for something in everybody, childishly. Like I was settling for a sense of purpose in nurturing a poorly watered flower on the windowsill of love. But, when I look back on the handfuls of people who strummed the chords of my future for an entire decade, I know I played a role in lives that needed someone like me. And why do I know this? Because anybody who truly deserved the kind of exit you all took, wouldn’t deserve the apologies I received in due time.

I tear up at the fact that it feels perpetual; that everybody leaves. And without fail, everybody returns. This week alone I’ve felt more abandoned than ever and when I ask the un-named numbers that appear in my inboxes what they are getting out of their expressions of regret, all I hear is that I never deserved the way I was treated and that I needed to know that. But do I really need to know that? How is this for me?

It’s not. It’s for you. And that’s ok. I’ve always let it be about you. The part when you left, that was for you to figure out why you were too overwhelmed to continue. The part when you came back, this was for you to realize that being a coward didn’t benefit either of us. I’ve been meaning to tell every single person who knocks on the door I’ve finally closed that I am human too. I have feelings that are overwhelming and difficult also, but I never use them as an excuse to treat another human being the way you all did.

Apologies are hard. I’ll give you that. Pride is a salty thing to swallow. But so are tears. Words used to be such an influential vessel of truth to me and then they sailed away on a river of you-inflicted sadness. I can’t even trust my Australian GPS, because I chose to download him as a man.

Your lies may have been in the past, but that doesn’t mean they don’t exist. I remember all of your exits vividly. They were dead phone lines, undelivered texts and ghosts of profiles. They were opportunities for me to go completely insane while I tried to figure out the difference between what I did wrong and what was wrong with you. And I hate you for that. But I forgive you just the same.

It’s funny how your apologies make me feel sane again. Sometimes being delivered within the year, others longer. They’re all different, built on excuses of poor timing or mental illness. But built on the faith that I’ll accept whatever it was that made you make the mistake. The things you said to me, the things you didn’t, whatever they were I didn’t deserve them. But, everyone deserves a little forgiveness. Of course, not the kind that excuses your behavior, just the kind that stops destroying my heart… 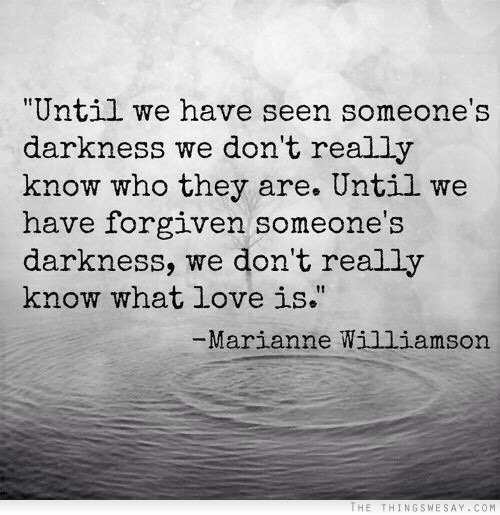 foreverstaryn My name is Taryn. I'm a 29 year old blogger from Orange County California. Although I am a habitual online dater with a penchant for over analyzing my generation, sometimes people tell me I know what I'm talking about and they can relate. Ideally my end goal is a happily ever after, but I'm totally conscience of all the bullshit in between. The best part is getting to share it with the people who found love in grade school and never experienced the heartache of a break up. I'm not your typical run of the mill story teller. I like cuss words and fake names. I guess you can say that I'm a pretty honest voice in a world full of fluff, so follow me if you want to get real.
Published April 24, 2017April 24, 2017